How many clues has nature thrown our way lately that health requires a safe climate? That a safe climate depends on intact ecosystems? That strong ecosystems are essential to health? And around we go again! 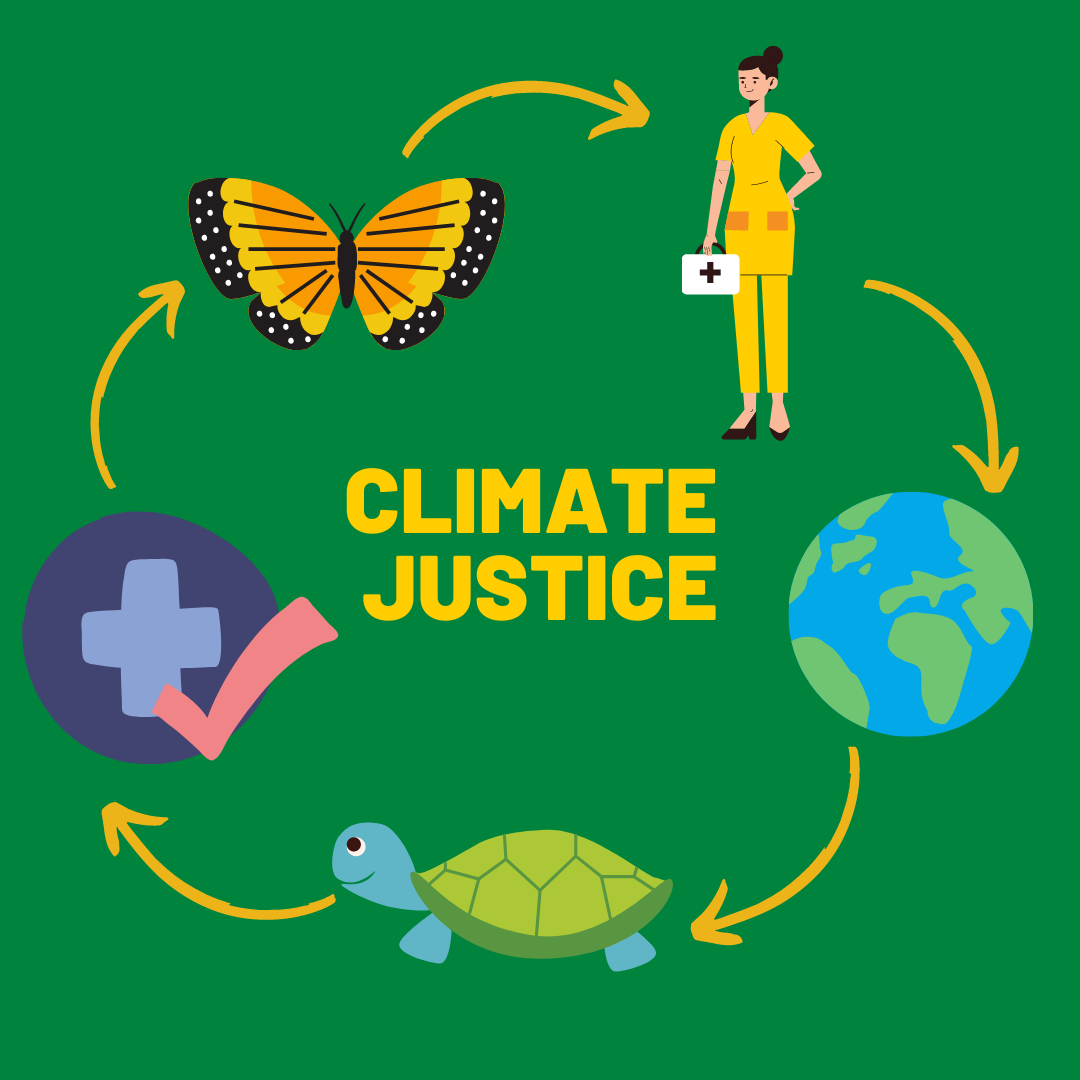 Some of us here in (so-called) Canada, namely Indigenous folks, have never stopped being aware of those clues. Indigenous communities experience the harms of colonialism first-hand, on the frontlines of both social injustice and environmental racism - with unsafe water, land theft and more. These threats to Indigenous values, wellbeing and culture parallel the threat to nature itself, as the accumulation of carbon in the atmosphere threatens the equilibrium of everything and everyone.

The Earth is always speaking. It has never been more important that we listen. Heeding Indigenous voices. Hearing the wind as it rises and stirs the trees, the waters that swell and abate. Noticing the bird calls that disappear and those that take over. More or less attuned, we are all in this together. While those most impacted lead, those less impacted need to listen. Perhaps one of the best hopes is that we can move forward together with a wealth of shared compassion, resources and knowledge.

For this, the fourth instalment in the series about the Provincial KTCC Backgrounder, which is divided into three main categories, Climate, Biodiversity and Strong Communities, there is an easy interplay between the three sections - What's the Climate Plan, Protect Biodiversity and Healthcare Matters.

Ontario's climate plans were hit hard when the current government took office and the rollbacks on promises and threats to our shared climate have not let up since. A string of changes dressed in misleading rhetoric and housed in confusing parliamentary acts has jeopardized our right to a healthy and safe province, both now and in the future. Rolling back climate plans in one of the wealthiest areas of the world threatens everyone - both locally and globally.

Even though numbers don't have the same impact as catchy rhetoric, personal stories or practical consequences, let's take a minute to look at some of the math. In 2018, climate ambition in Ontario was cut significantly, to 30% below 2005 by 2030. This is a highly insufficient goal that, if adopted by all jurisdictions, would lead to a disastrous global temperature increase.

Now, about three years later, Ontario is far from meeting even those reduced targets! GHG emissions have gone up 7 Megatons since  2017. In 2019, the Auditor General's report predicted that with current modelling, Ontario's climate plan would achieve about 1MT or 1/10th of its targets. In fact, our province may not reduce emissions at all. The latest reports show failure after failure. See more at What's the Climate Plan.

What do we need instead? Current fair share calculations for Ontario include reducing emissions 30% by 2025; 60% by 2030; and 100% by 2040. In less numerical terms; for the sake of a healthy, livable world, we must  stop creating new gas connections in buildings, get to work on deep retrofits and move our modes of transportation to non-fossil sources.

As severe as the blows to climate have been in Ontario over the past few years, the blows to biodiversity have been just as harsh. We've seen a bill, for example, that helps precipitate a substantial increase in permits allowing development in ways that endangers species and their habitats and a “pay to slay” fund – Species at Risk Conservation Trust, which allows developers to pay fees instead of refraining from destroying critical habitats. Yet, intact ecosystems are essential to both a safe climate and overall health. See more at Protect Biodiversity.

The climate and biodiversity emergencies combine to threaten food chains, to tax the limits of the natural world that support human and non-human life and to expose our communities to greater risks from flooding, fires and heat. An emergency response entails doing everything we can to protect and sustain both rural and urban biodiversity.

To ensure a healthier, more just and livable world, it is essential to take action on climate and biodiversity in ways that create health co-benefits, beginning by centering those most impacted by environmental racism and climate change. This connects quite clearly with the next section, Healthcare Matters.

Health care and the workers in this field, who are part of the low-carbon care economy, are essential and will only become more essential as we respond to climate change in Ontario. Actions that protect health workers, including strengthening workers' rights and good job conditions – both during COVID and in general - protect us all.

Yet, our healthcare sector faces the lowest nurse-to-population ratio in Canada, a $1 billion cut to Toronto Public Health is slated over the next 10 years and for-profit long-term care has been cleared for funding, even in places where the military found examples of terrible neglect during the pandemic. See more at Healthcare Matters.

Non-privatized home care, long-term care and public health need investment to ensure good care for people, whatever stage of life they're at. A strong health care sector is a cornerstone of strong communities, ones that can help keep biodiversity intact and handle the climate crisis.

To end this post, let's rest on an inspiring win for farmland, significant protected wetlands, greenbelt, clean air and water, Indigenous rights and land stewardship as well as civic rights.

Duffins Creek Wetland - When: Late in 2020.  What: A Minister’s Zoning Order pushed forward without public consultation and Duffins Creek Wetland, a significant wetland for nearly 25 years, was under threat of development. Who: EANAP and Mississaugas of Scugog Island First Nation held demonstrations, blockaded drilling access, held a shoe strike, and a march. Win: Amazon, in the face of the public backlash, decided not to carry through and Pickering Council voted to rescind the part of the MZO on the wetland.

Blog #1 in the series - Funds for Good

Music in the video reels by "aiti-maa"