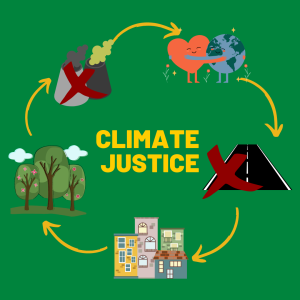 Sometimes, when we want to talk climate, we shy away from it for a very good reason - there are other, just as pertinent, just as life-threatening concerns in the room. Shelter is one of them. Acquiring and maintaining safe shelter - affordable, accessible housing - is a basic need. It is critical. It should be a right here in Ontario where we do have the wherewithal to make sure everyone is safely housed.

Yet, affordability is a growing problem. Housing prices have skyrocketed. As old housing stock is retrofitted to move us closer to a healthy, green future, prices can rise for renters and first-time purchasers, making homes (and even neighbourhoods) unaffordable. Renovictions are also a growing problem.

In ClimateFast's KTCC Provincial Backgrounder, which is divided into three main categories, Climate, Biodiversity and Strong Communities, we can approach conversations about housing in many different ways. One of them is by finding the interconnections between the buttons Affordable Housing, Stop the Sprawl and Polluting Industry must Pay.

Here in Ontario there is a lot of  current talk about expanding highways. One of the major concerns with this approach is a focus on developing communities that increase sprawl.

Where we live is important. But so is how! The notion of suburban life, single-home dwellings dominating lots, parking garages taking up a third of the space, nature neatly trimmed back and kept at bay while places to meet, shop, play and work are  separate locations, are out-dated and frankly, rather bleak. What's more, building houses that remain unaffordable for the majority who need them, will not solve the housing crisis.

One of the alternate approaches put forward is gentle density - developing existing neighbourhoods with mixed housing like townhomes and two to four story multiplexes. Building differently by prioritizing complete, compact communities connected by high-speed public transit has many co-benefits - cost-savings, more vibrant, accessible communities as well as better air quality, intact farmland and increased local food security. It would also allow us to address the climate emergency by reducing the need for travel by car in the first place. In that case, fewer of us would actually need cars and new highways! See more at Stop the Sprawl.

Building differently, in order to achieve the co-benefits listed above, means building equitably. This leads us to consider one of the top concerns in Ontario today - affordable housing.

The housing crisis is an emergency. Part of building and safeguarding a livable world includes safe shelter. Key words are accessible, affordable and energy efficient. See more at Affordable Housing.

One example of an action that we've seen over the past few years, that moves us further away from affordable, green housing, is the cancellation of rent control in new buildings. There are more examples! Perhaps another essential question, in addition to where we live, is who we're building what for?

As stated above, highways and development that furthers sprawl are not good solutions for the housing crisis! There are many alternate, effective ways to build housing that is actually affordable.

Well-planned neighbourhoods stocked with energy efficient housing can help protect us from extreme heat, cold and weather. As can improvements to existing buildings coupled with strict rent control, so that costs aren't passed onto those who can least afford them, adding to the housing crisis.

The link to climate here, with stopping sprawl and affordable housing brings us around again, to the need to change how we live. A cold climate here in Ontario means that a safe living environment is temperature controlled. However, to keep up to the changing climate, how we heat and cool our spaces as well as how we travel simply must change!

How do we make this shift equitable - possible for everyone? It could easily become a greater burden for those who are impacted by climate change paired with social injustice. For the most part, these folks are also the least responsible for climate disasters! Yes, even within this country, the wealth gap corresponds to carbon output. So, who should the bill fall too?

Those corporations and wealthy entities who profit most from a social system that harms people and planet should pay their fair share and speed the shift that they, working in a system that prioritizes growth and profit, have so often stalled and slowed. A first step would be to shift subsidies from polluting industry to greener alternatives. This includes an end to incentives designed to coax change from industry that prove incremental at best.

A few more “shoulds” to list here! Polluting industries should pay more - their fair share. The costs that are passed on to vulnerable Ontarians, small businesses and consumers should be offset. The pricing system implemented for large, industrial emitters should be as strong or stronger than the federal one that the Ontario government refused to subscribe to - and it must definitely be put in place before 2023! See more thoughts about this at Polluting Industry Must Pay.

Action to ensure GHG polluting industries and corporations account for their contribution to climate change is both an emergency level action and a climate just option.

A Win to Celebrate!

What: Proposal to increase sprawl in Hamilton. Who: Stop Sprawl Hamilton, Hamilton350. What: local organizing, with lawn signs, letters to councillors and savvy use of social media. Win: Hamilton City Council voted for a new growth plan with ZERO urban boundary expansion.

​Music in the videos used with permission by aiti-maa "Holy Eyes," "Thunderstorms, and "We are Lost."

Blog #1 in the series - Funds for Good